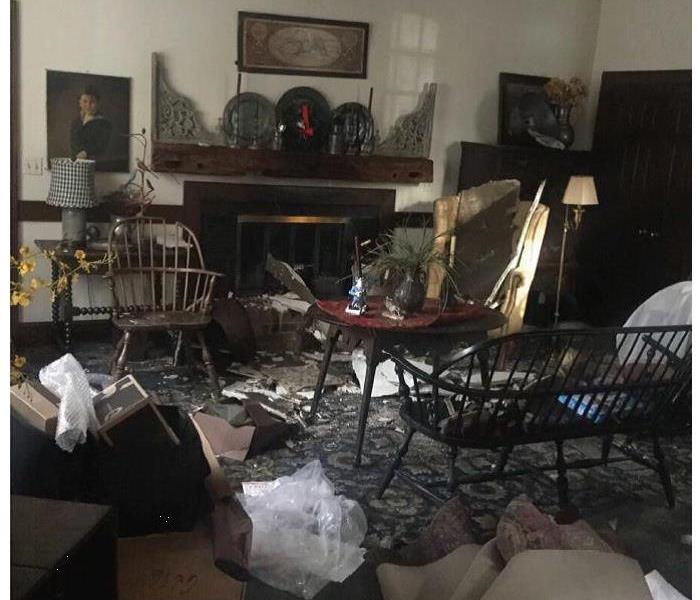 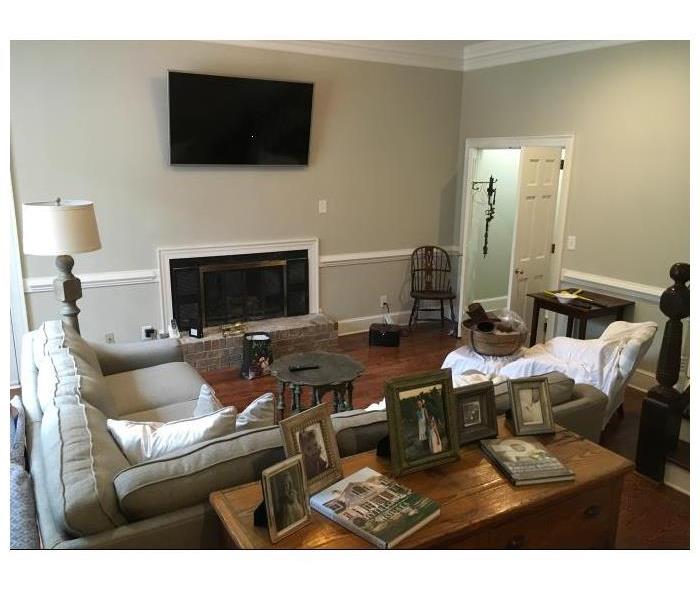 When multiple pipes in the 1st floor ceiling froze and burst in this home, flooding the first floor, they called SERVPRO of Roanoke Rapids for their restoration needs! Most of the affected rooms were hardwood. A large amount of antique furniture had to be removed before the demo could be performed and drying started. Two dehumidifiers were placed in the home to try to protect its contents and stabilize the environment. Plaster from the walls and ceilings were removed as well as cabinets from the kitchen, pantry and study. A multi-piece door and window casings as well as baseboards, chair rails, and crown molding were also removed. Anti-microbial was used inside and under the home to prevent any further microbial growth. Thanks to SERVPRO of Roanoke Rapids’ hard work the antique furniture was saved and the house was restored.

View More Before & After Photos